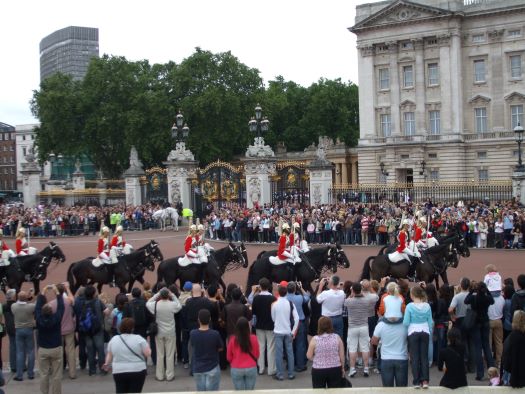 Buckingham Palace is the official London residence of the British monarch. It is nearby Oxford Street. Changing the Guard at Buckingham Palace is scheduled to take place at 11.30. To make good pictures/video in summertime; be there at least half an hour before the change of guards start.

Portobello Road is a famous street in the Notting Hill district. It’s the place for street markets and antiques.

The London Eye is a main tourist attraction in London. Three million people a year visit this gigant wheel with a height of 135 metres. The adult fare is £15. Close by is the Big Ben and Westminster. 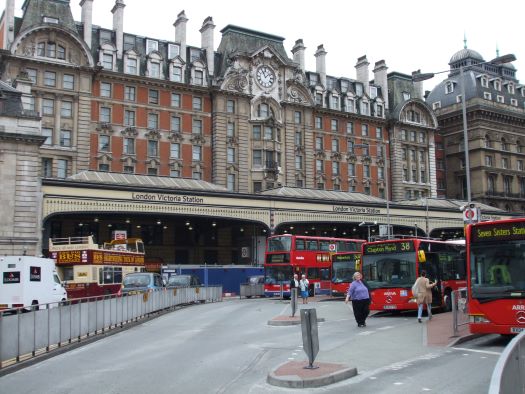 One of the most busiest train and metro stations in London. Victoria Coach Station is just a couple of hundred meters from Victoria train station. The bus drive from Stansed Airport to the bus station took about 1,5 hour. Fare is £14 return (in 2010).

Oxford Street is London’s busiest shopping street with over over 300 shops. You will find here many major department stores such as Selfridges, John Lewis, Disney Store, Niketown and many others.

St Giles Hotel London & Leisure Club ***
One of the best booked hotels in London at the foot of Oxford Street. Guests at Giles Hotel have access on the ground floor to one one the largest fitness clubs in Central London. The hotel casino is next door.

The most famous bridge in London and one of the top attractions: the Tower Bridge. It is close to the Tower of London. In the past it was a fortress and royal palace. Nowadays the Tower of London is wellknown as the place where the Crown Jewels of the Queen are kept.

Going out
Leicester Square is a pedestrianised square in the West End of London. It’s the place for going out: major cinemas, clubs, bars and restaurants.